High quality remote desktop software solution developed by a Slovenian company, XLAB, which we write regularly about, attracted our attention yet once more. We have reviewed their new mobile release ISL Light 3.0, which further expands its remote access and control abilities over Android mobile devices. 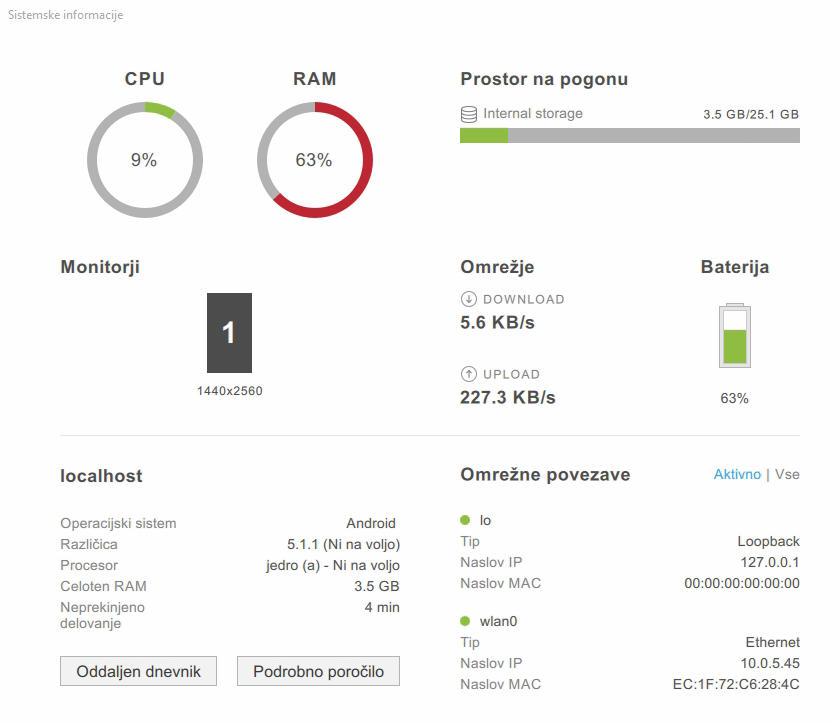 When talking about “remote control”, what we really mean is “technical support”, and that’s exactly how its developers have labelled it. What ISL Light provides is a powerful cross-platform remote support tool, aimed particularly at business users who need to perform remote technical support on their clients’ computers and mobile devices used in the office and on the go. The “operator” (on Windows or Mac) in charge of the technical support creates a list of client users whose computers, tablets and smartphones with an installed remote part of ISL Light can be easily accessed on an on-demand basis. Remote access to personal computers as such has been around for years, while some operating systems even offer by default. Remote access via ISL Light differs from the pack (e.g. Remote Desktop in Windows) with excellent performance through firewalls, a whiteboard function that lets the operator mark and draw annotations on the shared screen, manage shared files and file exchange with the client, while it also enables remote control over tablets and mobile phones.

Due to Apple’s strict limitations, remote control over Apple’s mobile devices is more or less basic, letting the mobile user automatically send over to the operator only remote screen captures, while Androids, on the other hand, have become well controllable with the version 3.0.  Devices running Android 5.0 or newer can share the screen, moreover, Samsung devices can even be controlled (remote control across all Android devices is not possible due to the OS limitations). The mobile user only needs to run a free ISL Light app, enter a session code, given by the “operator”, sit back and watch getting the device fixed. With their own mouse and keyboard the operator controls and uses the remote mobile device, possibly located anywhere in the world given there is an Internet connection. Screen sharing runs smoothly and fast enough to carry out the needed work normally, while we can also speed it up at the expense of the shared stream quality. The app works both in portrait and landscape phone position. For specific Android keys like Home and Settings, ISL Light supports useful keyboard shortcuts (well, Android’s Home equals PC’s Home). Finally, the included chatting system allows text communication between the operator and the mobile user (e.g. “Show me what exactly doesn’t work.”). 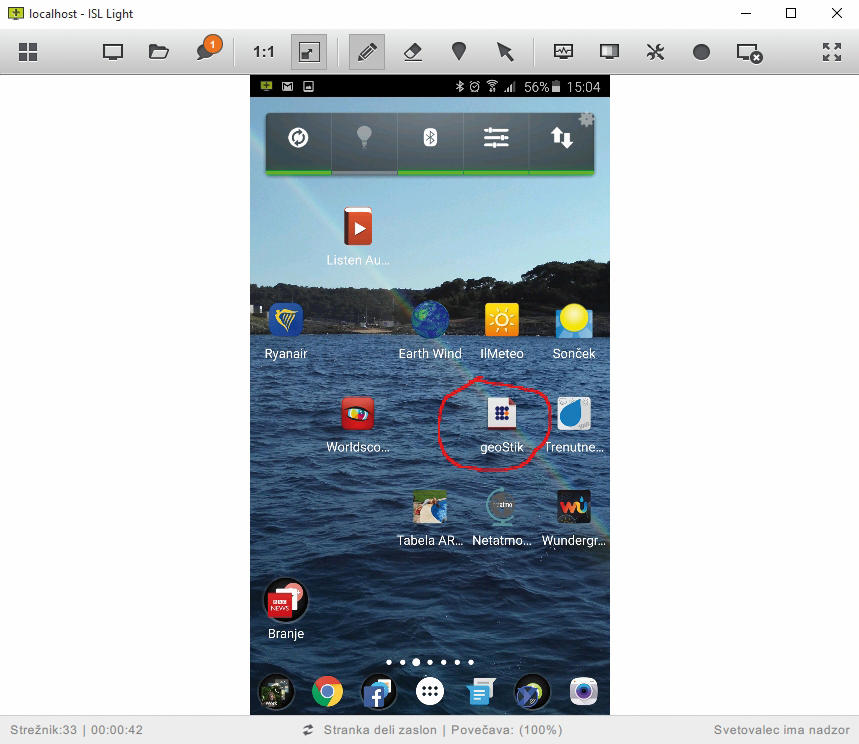 The operator has full control over the remote mobile device.

What is interesting is that we can record the whole season as a video, but only in a special ISL format, which plays back nicely. The PC application lets the operator draw and stick pointers on the remote user’s shared screen, but not the Android version, and not even on Samsung (tested on Galaxy S6 Edge+). At least not yet. Another thing missing in the mobile app is the file manager. Even though the appropriate options seem available in the app, they are currently disabled. However, we can show the mobile user our desktop, which in the case of controlling it from a computer, particularly such with multiple screens, doesn’t make much sense. During the test we also encountered a problem of establishing a new connection (the phone was communicating an error), until rebooting the phone. What we believe, however, is that this minor flaw can be soon eliminated by the app developers.

Similar functionality can also be found in competitive foreign products, such as TeamViewer. This app enables remote control also over mobile phones, a file manager, and a mouse pointer that lets you show something to the mobile user. What we liked about the app is a special “house” under the shared screen to be clicked on with a mouse instead of pressing the Home key. TeamViewer, unlike ISL Light, is free for your personal use (to help your dad, grandpa, uncles and aunts), whereas both are payable for commercial use. ISL Light, however, offers a free trial valid for one month.